Eating healthier for the Super Bowl? 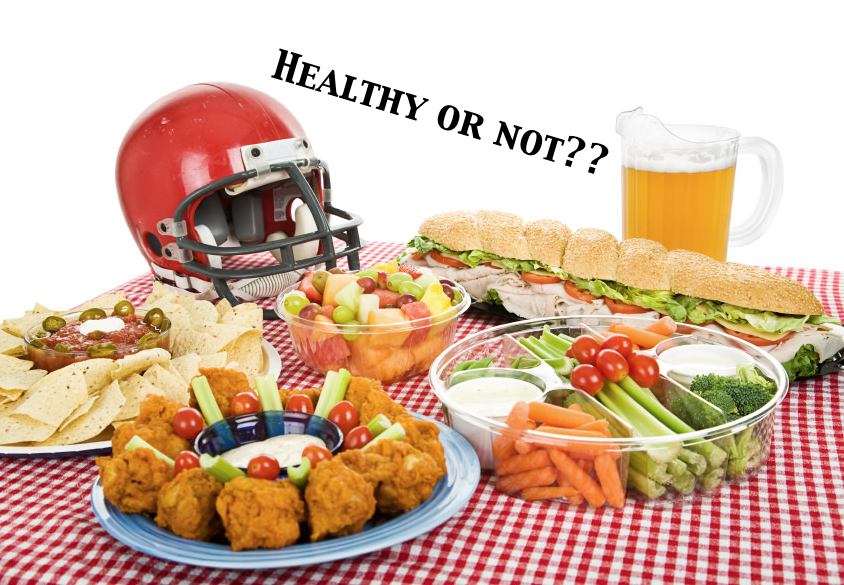 The Super Bowl is upon us. Even though you may not be a huge football fan, chances are you will be watching at least some of this big game, and having some of the Super Bowl fare as well. Football viewing usually comes along with chicken wings, chips, dips and plenty of beer. Below you will find some recommendations on how to make this year’s Super Bowl Party a lot healthier and also easier on your waistline. 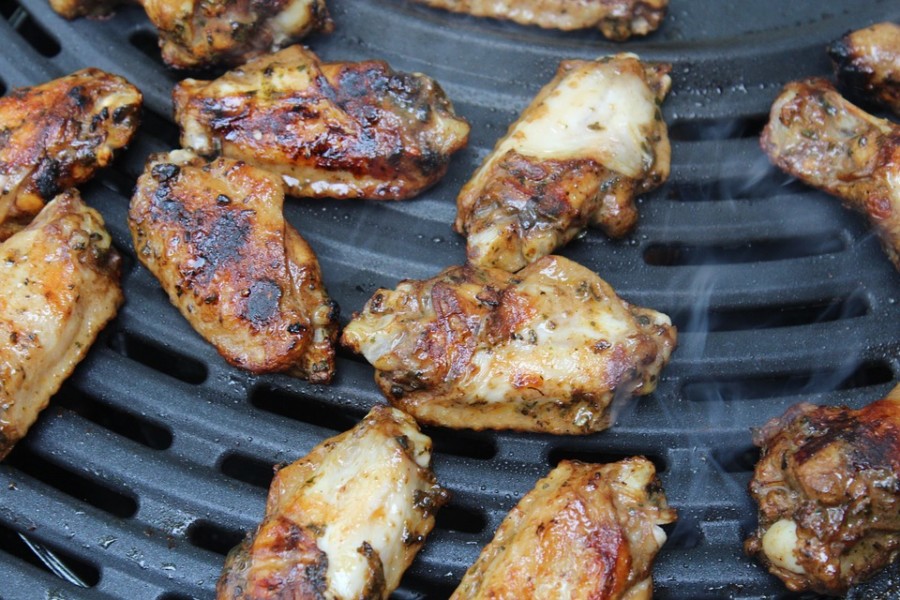 Instead of: Fried Chicken Wings

These rack up about 200 calories per wing. Eating fried foods has been proven to increase the chances of inducing heart attack, with its tendency to raise bad-cholesterol levels while lowering good-cholesterol levels. Plus, both traditional ranch dressing and bleu cheese dressing that typically accompanies chicken wings are full of empty calories.

Baking or grilling the chicken wings will only come out to about 98 calories, saving you over one hundred when compared to fried. Instead of the nutrient-poor ranch or bleu cheese dressings, make your own dip using plain Greek yogurt as the base. Choose a yogurt high in protein and low in sugar, such as the brands Chobani or Oikos. 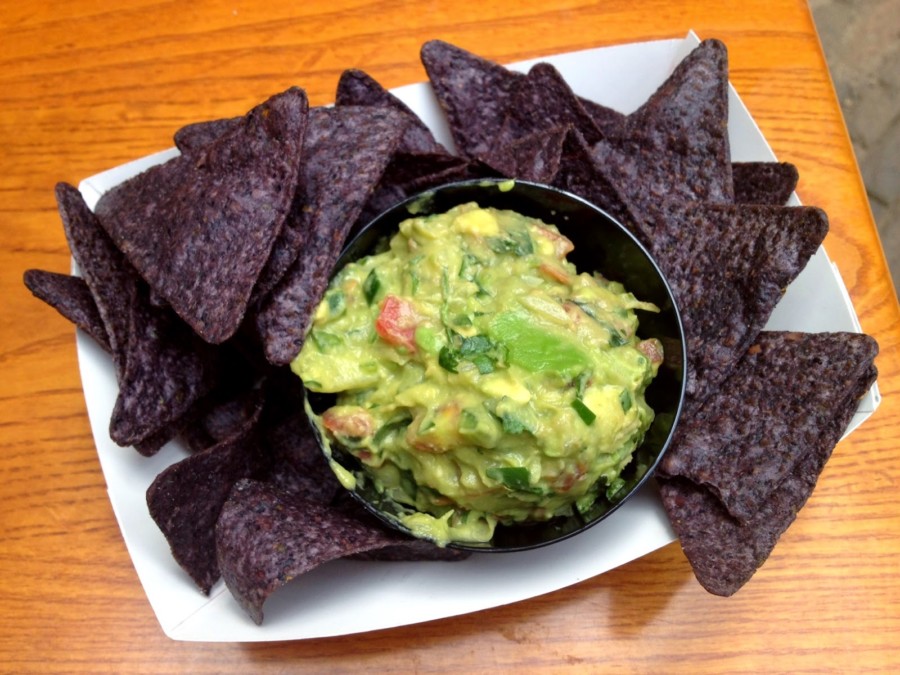 Instead of: Regular Tortilla Chips

The vast majority of tortilla chips are made with non-organic corn, which means the consumer is absorbing plenty of harsh ingredients, such as synthetic and carcinogenic pesticides and herbicides, and toxins like hexane and ractopamine.

The blue color comes from the anthocyanins in the corn, which are brain-boosting flavonoids that contain slightly more protein than white or yellow corn tortilla chips. Pair it with salsa to add the benefits of fiber-packed vegetables, but be careful in looking out for the amount of sodium. Organic is the way to go, as corn is one of the most heavily sprayed crops in the country. 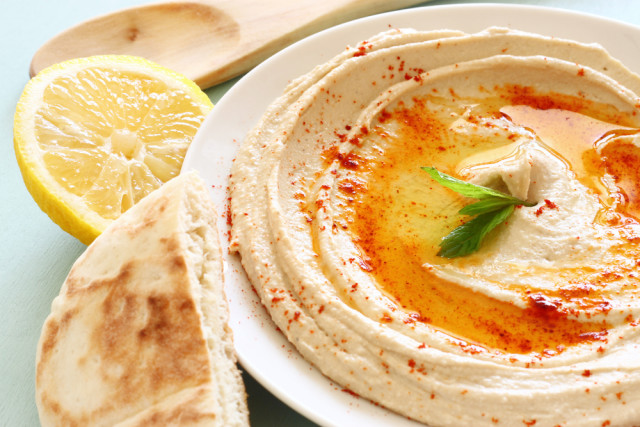 Instead of: Cheese Dip

Just half a cup of most cheese dips have about 250 calories, and there is about six to nine grams per ounce of fat, mostly saturated. Most cheese dips also contain more sodium than necessary creating a bloated feeling the next day.

Opt for: Guacamole or Hummus

Guacamole is avocado based, and while avocado may be high in fat, it is the healthy kind that is essential for us to consume every day. Additionally, it is high in fiber, and vitamins B, E, and K. Avocados also have sixty percent more potassium than bananas!

Hummus also can be high in fat, but again it is the heart-healthy unsaturated kind. It also packs a good amount of protein and numerous essential vitamins and minerals. Just watch your serving sizes as these spreads are calorie dense. 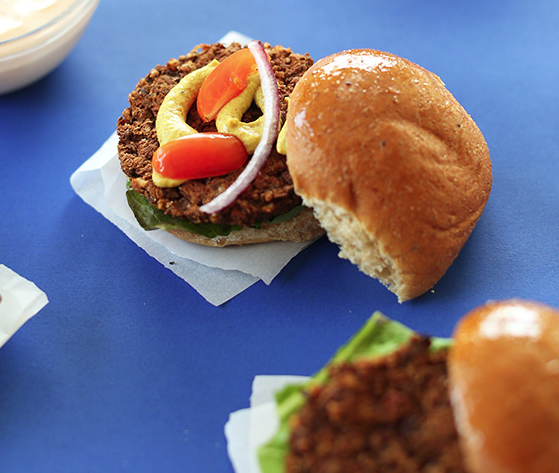 Instead of: Hamburgers or Hotdogs

The detrimental effects of consuming red meat have been widely documented in recent years. It contains called a compound called carnitine, which has been found to cause atherosclerosis, the hardening or clogging of the arteries. It is also treated with ammonia gas to kill bacteria. Consuming red meat is not good news for tumor growth, as the hormones added to red meat increase cancer risk by attaching to specific hormone receptors on tumors.

A tasty plant-based alternative will avoid adding these harmful elements to your body, and instead improve your health by packing in nutrient-dense vegetables. An easy way to make these involves finding a recipe to your liking for pork sliders, and replacing the pork or meat with beans and veggies. Or make it really easy and buy some premade veggie burgers at the market.

Enjoy the game and have fun eating these “healthier for you” treats!